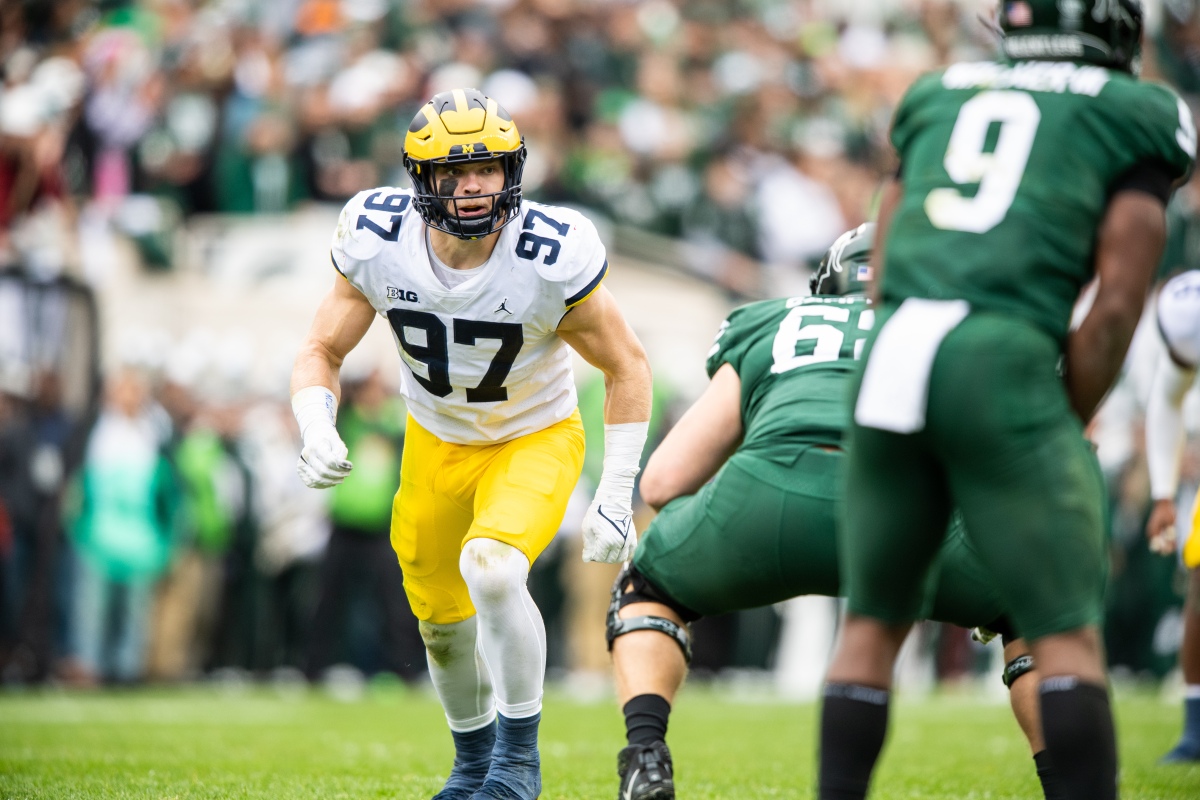 Nothing is for certain in the NFL draft which starts at 8 p.m. on Thursday. Typically there’s a consensus top pick or even top 10. Not this year. It’s actually more interesting than most.

With the Lions’ second overall pick, they will likely draft an edge rusher, their biggest need. Of course, that pick will depend on who the Jacksonville Jaguars take at No 1. The top two picks could both be edge rushers.

Michigan’s Aidan Hutchinson for weeks had been considered the top overall pick, but Travon Walker (Georgia) has been moving up in many mock drafts and may be more attractive to the Jaguars. Still some draft gurus still have Hutchinson going to Jacksonville. Four of the five mocks at CBSsports.com have Hutchinson drafted by Detroit. The fifth has the Lions taking Kayvon Thibodeaux.

If Walker or even Kayvon Thibodeaux, an edge rusher from Oregon, goes to Jacksonville, the Lions will likely pounce on Hutchinson, the hometown kid. It won’t be a sentimental pick – he finished with 14 sacks last year (the Lions had 30 total) and is considered technically efficient. He’s a leader and everything a team could want with the No. 1 pick — unless they see more upside in Walker.

So there you go. No one knows for sure who will be wearing Honolulu blue, not even Lions GM Brad Holmes who is looking for a game-changer. Any one of the top three defensive ends could fit that bill.

The Lions also have another first-round pick (32nd overall) received in the trade deal to the Rams for Matthew Stafford.

That is even more questionable.

If quarterback Desmond Ridder (Cincinnati) is available he could be a good fit at 32nd.

“I think he could be their starter soon. Ridder is a veteran with poise, arm strength and the ability to throw on the move,’’ ESPN’s Mel Kiper said about selecting Ridder as the Lions pick at 32 overall in a mock draft.

Ridder might not drop to the Lions. Same with quarterback Sam Hamilton (North Carolina). Quarterback Kenny Pickett (Pittsburgh) could also be a possibility with that pick.

No guarantee the Lions go with a quarterback there.

Is that spot too early to think about wide receiver? Penn State’s Jahan Dotson could get the nod.

As Holmes mentioned in his pre-draft talk, the Lions will be prepared for the 32nd overall pick on the first night. And then on Friday they will be back on the clock with the 34th overall pick (second round).

While much of the focus is on the first round, perhaps Holmes can find a few more game-changers in the later rounds.

The draft starts at 8 p.m. on Thursday, 7 p.m. on Friday and noon on Saturday. It will be televised on ABC, ESPN and NFL Network.