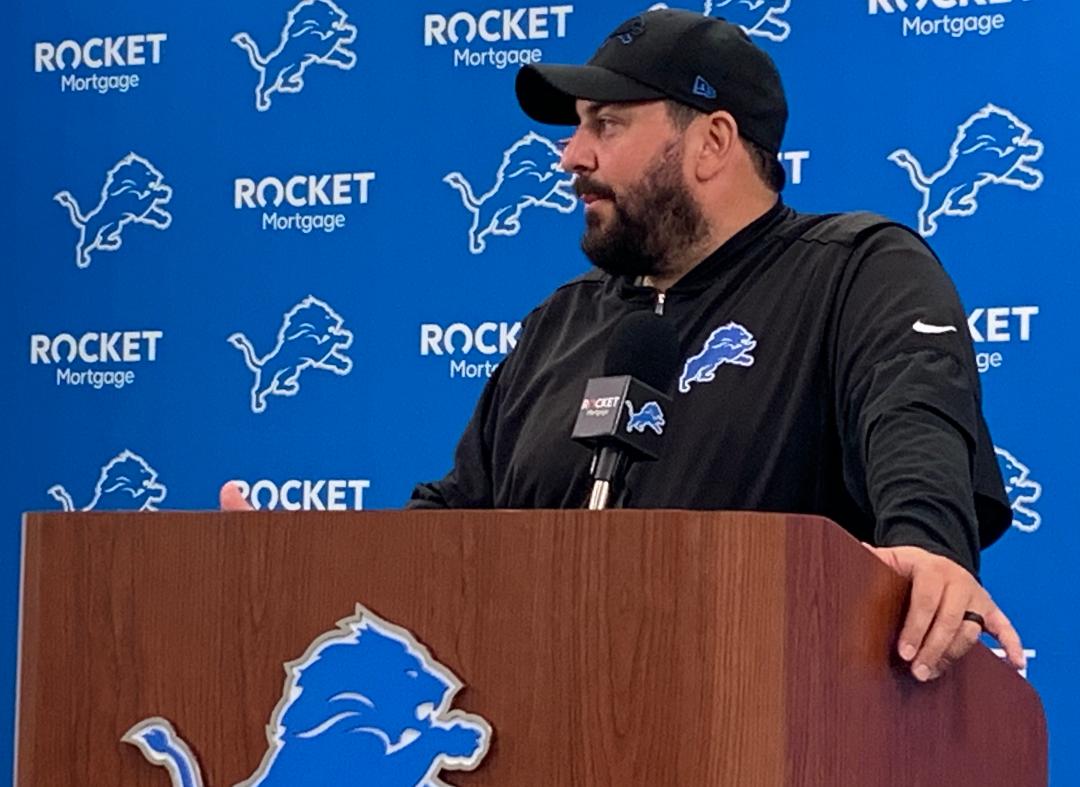 Running back Theo Riddick was released to make room for Daniels.

Coach Matt Patricia made the announcements Saturday morning just before the start of camp.

“I have a lot of respect for (Daniels), he’s had really good production in the way he plays the game, he’s very intense,’’ Patricia said noting his knowledge of the game.

Patricia said he met with Daniels on Thursday.

“He’s very aware of the division which is nice,’’ Patricia said.

The Green Bay Packers released the 30-year-old Daniels just before the start of camp.

The seven-year veteran signed a one-year deal worth $9.1 according to several reports. He was set to make $8.1 million in Green Bay this season.

Patricia would not get into details of why they cut Riddick who was scheduled to make $3.2 million this season.

“Theo is obviously a great professional, did a lot of great things for us,’’ Patricia said.

Riddick spent the last six seasons with the Lions. Last season in 14 games he had 40 carries for 171 yards and 61 catches for 384 yards.

The Lions added veteran running back C.J. Anderson in the offseason and have depth at the position with Kerryon Johnson, Zack Zenner and rookie Ty Johnson.

OK, then. The seven-year NFL veteran expects to bring some of that nastiness to the Detroit Lions offense.

He’s averaged 4.5 yards per carry in his first six seasons in the league — the first five with the Denver Broncos and then in 2018 he played nine games for the Florida Panthers and two for the Los Angeles Rams.

He credits his respect for coach Matt Patricia as the reason he signed with the Lions.

Anderson owns one Super Bowl ring and came up on the short end in two other Super Bowls.

That experience is a part of what he brings to Detroit.

“aCome out here and work every day, we put our heads down, try to eliminate bad football, understand situational football,’’ Anderson said. “That’s the difference between really good teams and really bad teams — understanding those little situations, getting off the field on third down on defense, keeping drives alive on third down for us. Some of those things are being talked about, I can’t speak what was talked about (last year) I wasn’t here. I just know the past two successful teams I’ve been on — two losses, one (Super Bowl) win —  those are some of the things we did.’’

He said it’s about attitude and leadership.

“I pride myself on preparation. I’ve been raised in this league by the more better, correct vets, I guess you could say,’’ Anderson said. “Just trying to bring that knowledge of football to the team.’’

It’s early but he’s quite impressed by running back Kerryon Johnson who is heading into his second season.

“Kerryon is a good man, he’s going to be fun,’’ Anderson said. “I had a young guy last year, C- Mac (Christian McCaffrey), just trying to give him everything I can. I’m here to help whether that’s on the field or whether that’s off the field or in the meeting rooms. I’m here to help hopefully push his career beyond mine or up to mine — Year 7 or past Year 7. That’s my goal with the young guys.’’

Without pads in the first two days of training camp, it’s impossible to judge Anderson’s game. He does seem to be alongside Kerryon Johnson for much of the workouts.