Preseason was for evaluation, now is time to win 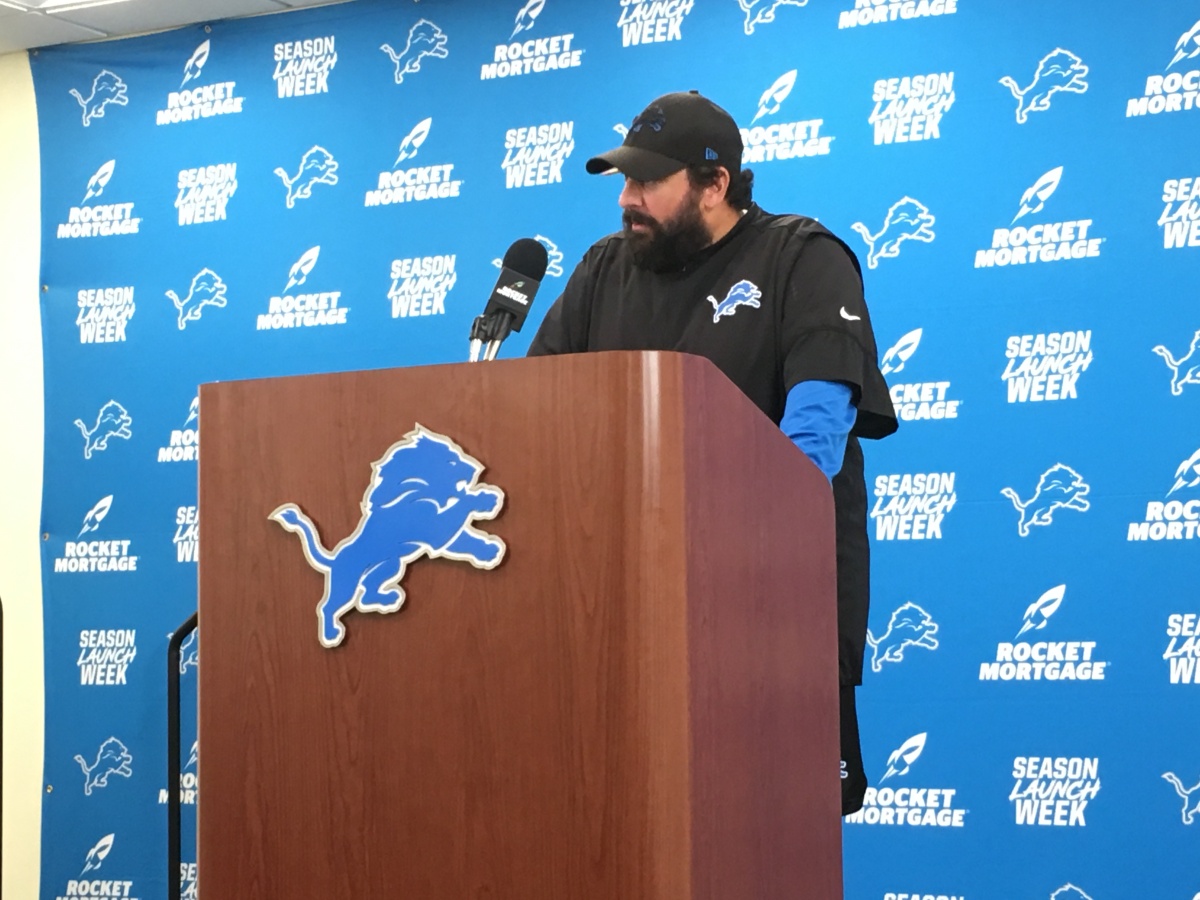 ALLEN PARK — Matt Patricia admitted he was a little extra fired this week.

The Lions are inching closer to his debut as a head coach when they open the season against the New York Jets on Monday night at Ford Field.

“I’m pretty fired up every day. So, sometimes I come in here and you guys suck the life out of me, but other than that, I’m pretty good because you guys aren’t really excited when I walk in here. So, I’m not going to let you guys do that to me today because we’re going out there and we’re getting ready to go win. I mean the best that we can.,’’ said Patricia who was laughing as the words spilled from his mouth.

It’s an odd week for the Lions since they don’t open the season until Monday. They practiced Monday and Wednesday, had Thursday off and then will practice Friday and Saturday.

“We’re just going to try to prepare — look this is a really good team, I’m just telling you. Todd Bowles, I have the utmost respect for him, his staff, and what they do week in and week out. Obviously been going against him for a while. And he’s a great coach, and he’s an even better person,’’ Patricia said. “So, when you go up against somebody like that and you’re not really sure what it’s going to look like week 1, you have to be ready to go from the start. So, that’s where we’re at.”

It was an unimpressive preseason (1-3) under Patricia who was evaluating his roster, not necessarily trying to win. So the big reveal will be at kickoff Monday night. No one really knows what to expect, but here are five things we might be able to learn about Patricia’s version of the Lions in the opener:

1. The re-imagined defense has been the subject of much discussion. New scheme, new coaches and a few new players. After watching all of training camp and the offseason, it’s difficult to know what we will see. The pass-rush in the preseason was ineffective (and that’s being nice.) Defensive line coach Bo Davis said he’s not concerned. “We get everybody playing together I think it will be a different scene,’’ Davis said. “I think that’s the thing, we have to continue building on, I think the guys are very aware of it. It’s more in being in control of what you’re doing and how you’re doing it.’’ We will see.

2. The run game has been a huge focus. Don’t expect they will lean heavily on rookie Kerryon Johnson early on unless he looks so good they can’t keep him off the field. Don’t count out LeGarrette Blount as a key factor and, of course, Theo Riddick. One similarity for the run game, will be the fact that it’s by committee. Don’t look for a No. 1 running back because you won’t find one. Also the back who gets the most carries on Monday night, might not get the same workload the next week at San Francisco. The Jets gave up 117.9 rushing yards per game in 2017, but this is a different Jets’ team also.

3. Middle linebacker Jarrad Davis needs to take a big step from his rookie season. He’s got his leadership role down but he needs to improve his pass coverage. It’s not all about Davis, but he’s an integral part of this new-look defense. “We’ve tried to do a few things and played a lot of people in preseason. So, it’s a work in progress. We’ll get better. I think we’ve had some spots where we have done well, and we’ve had some other spots where we have to be more consistent. So, we’ll just keep working at it and keep getting better,’’ defensive coordinator Paul Pasqualoni said.

4. Matthew Stafford, entering his 10th season, should be just fine. He and coordinator Jim Bob Cooter have developed a better relationship over two-plus seasons. “The more we’re around each other, the more we talk through different thoughts and ideas, I think the deeper we get into certain thought processes—sometimes very similarly, sometimes coming from a different angle,’’ Cooter said. “So, we’ve had certain times where he’s walked off the field and maybe I’d go into a discussion about what I was thinking on a certain play and he finishes the second half of that discussion because he was right on the same page. And there’s also times where I might see a certain route one way and he kind of sees the other way and we’re talking through that stuff. Like anything, the more you’re around—players, coaches, each other—you really get to know each other better, you really sort of go through the trials of working through those things.’’

5. On paper, the Lions have a better team with an experienced quarterback. They’ll be facing Jets rookie quarterback Sam Darnold, the youngest QB to start an opening game in the NFL since the AFL/NFL merger. It’s tough to plan a defense for a rookie NFL quarterback. “It’s a big challenge, I think, when you get those guys. And certainly with a new offensive coordinator, maybe a couple different things scheme-wise that they’re going to do with the hiring of a couple new coaches,’’ Patricia said. He doesn’t expect to learn much from preseason game film.