Changes will likely be made this weekend 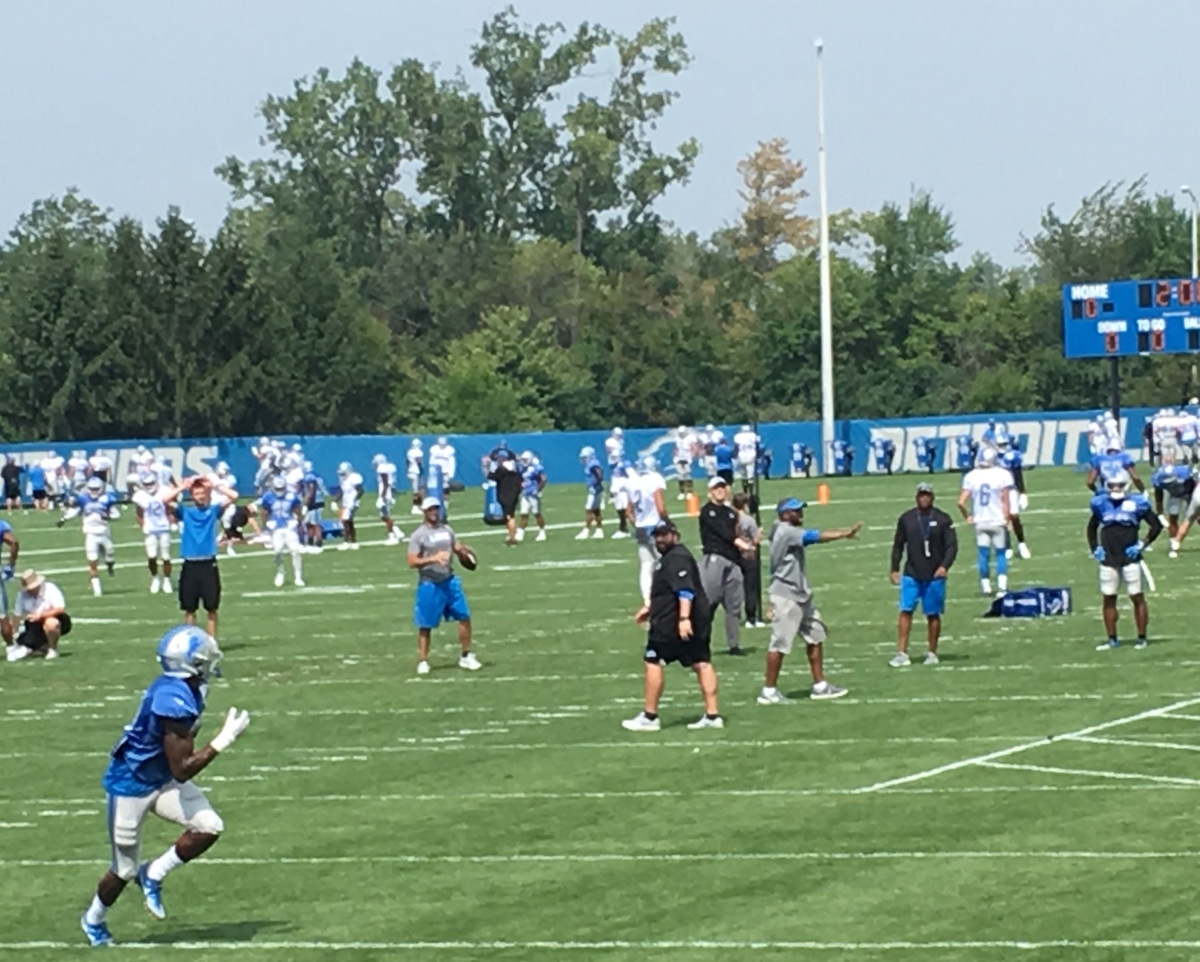 A few surprises were included when the Lions released their list of roster cuts on Saturday to get down to an initial 53-man roster. Really, though no shockers among those no longer on the team. A few have a chance of being brought back for the practice squad but first them must clear waivers by noon on Sunday.

Here’s a look at the initial 53-man Lions roster. This will likely change through the weekend, next week and, in fact, through much of the season.

Analysis: Jake Rudock was the odd man out. If he clears waivers, he could be brought back on the practice squad. This move was pretty much guaranteed when Cassel was signed in the spring.

Analysis: A little surprised to see six wide receivers on the roster, but can’t argue with the choices. Rookie Brandon Powell was a standout in camp and the preseason. Bradley Marquez quietly earned his spot on the roster. Jace Billingsley and Chris Lacy were waived with Andy Jones placed on PUP.

Analysis: It became clear in camp that Valles belonged on the roster in his third year, his first with the Lions. Roberts didn’t get much opportunity in his rookie season last year. He needs to take a step forward and make the most of his chances.

Analysis: Dwayne Washington was waived after struggled with a toe injury throughout camp. Zach Zenner, who injured his back in the final preseason game, was placed on injured reserve. Who will get the most work? Depends on the game and individual performance. Johnson, the second-round pick, could be something special but give him a little time.

Analysis: Good depth here with 10. Only seven are active on game days. Tyrell Crosby has been effective enough to make the roster as a rookie. Koloamatangi spent last season on the practice squad in Detroit and obviously learned along the way. If the starting five stay healthy, this line should be improved over last season.

Analysis: Seven a low number, although it could change. Also, this is a new defense scheme and the numbers reflect that. Can this group pass rush better than they did in preseason games? That is perhaps the biggest question on defense. Francois has stepped up as a veteran leader which has been a missing ingredient since Haloti Ngata’s departure.

Analysis: Harold was a late addition who could prove to be one of Bob Quinn’s better August moves. Killebrew made the move from safety and Patricia has made no secret that he loves his hard-hitting no matter where he is on the field.

Analysis: DeShawn Shead was surprisingly waived. He was expected to vie for a starting role but a back injury held him back. Still, they could have found a way to keep him around. Washington’s play on special teams last year, helped him stay around this year. Third-round pick Tracey Walker has been impressive since the offseason.

Analysis: Martin had a rough year last year coming back from a foot injury but he’s looked fine so far. Ryan Santoso got some film in the preseason game which is the best he could hope for.

PLACED ON RESERVE/PHYSICALLY UNABLE TO PERFORM